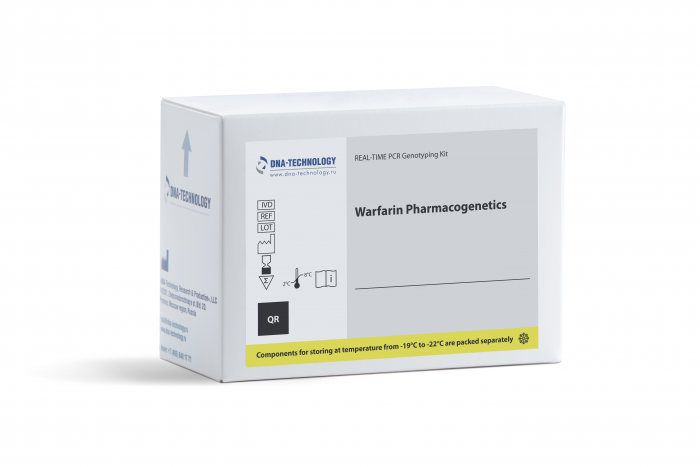 Pharmacogenetics is a section of medical genetics and pharmacology that studies genetically caused individual responses to drugs.

Warfarin, an anticoagulant of indirect action, is world’s most widely prescribed drug. This anticoagulant was synthesized back in the 40’s of the last century. Warfarin owes its popularity to, first, high efficacy, and secondly, ease of use.

The most important genes that determine individual response to warfarin therapy are CYP2C9, CYP4F2 and VKORC1. Based on genetic test results, a doctor or clinician can estimate an expected saturated and therapeutic dose of warfarin for each individual patient.

Warfarin Pharmacogenetics REAL-TIME PCR genotyping Kit is intended for detection and allelic discrimination of genetic polymorphisms associated with an individual’s response to Coumarin (Warfarin) therapy. The results of the genetic test can be used for assessment of effective and safe dosage of Coumarin (Warfarin).