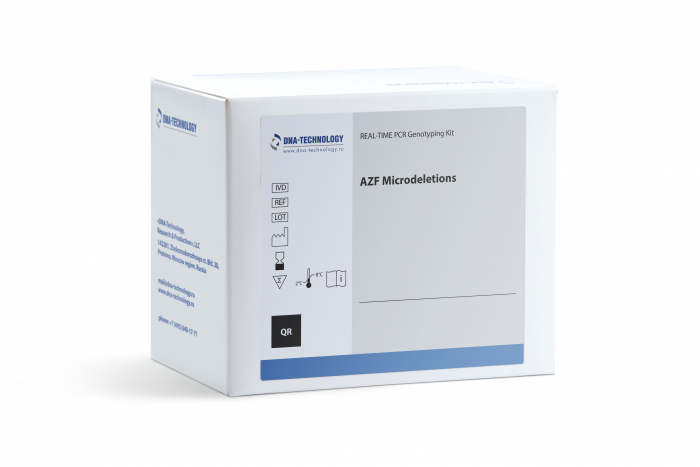 According to WHO, every year about 15 % of married couples seek medical help for infertility. Infertility is the inability of a man or woman of childbearing age to reproduce an offspring. A couple is considered infertile if the woman cannot get pregnant within one year of regular unprotected sex (at least once per week).

Male infertility is inability of a man to impregnate a woman. Genetic disorders are present in 30-50% of cases where oligozoospermia, azoospermia and other severe disorders are detected via semen analysis (baseline study in a barren marriage). Y-chromosome deletion in the AZF (azoospermia factor) region is the most common genetic factor of male infertility.

Y-chromosome microdeletions are not detected via cytogenetic analysis, thus making their molecular genetic search reasonable. The European Academy of Andrology (EAA) recommends testing all men with azoospermia and severe oligozoospermia (< 5 million sperm per milliliter of semen) for the presence of AZF deletion.

AZF Microdeletions REAL-TIME PCR Genotyping Kit is intended for detection of AZF locus deletions, which are the common cause of male infertility defined by loss of spermatozoids motion ability (azoospermia).