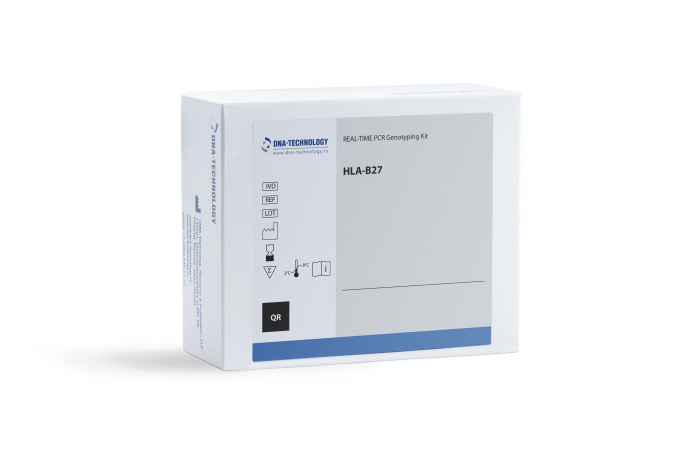 HLA-B27 carriage detection is one of the most advanced approaches in early diagnosis and selection of treatment for a number of autoimmune diseases.

• Necessity to eliminate a possibility of ankylosing spondylitis in a patient, whose relatives are suffering from this disease;

• Differential diagnosis of incomplete forms of Reiter’s syndrome (without urethritis or uveitis) with gonococcal arthritis;

• When examining patients with juvenile rheumatoid arthritis. If the HLA-B27 antigen is not detected, ankylosing spondylitis and Reiter’s syndrome are unlikely, although these diseases cannot be completely excluded in this case.