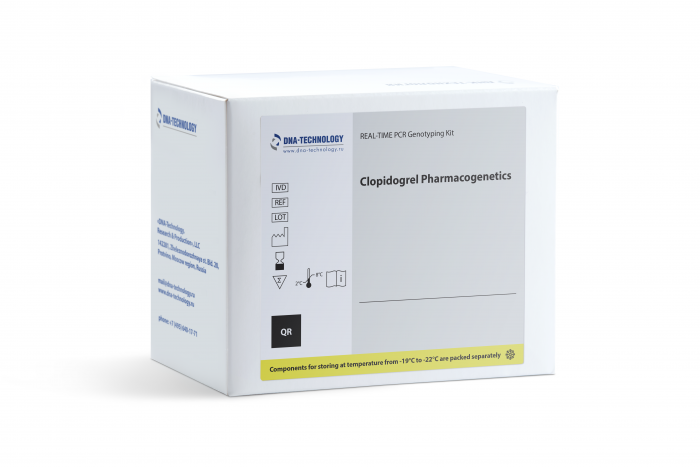 harmacogenetics is a section of medical genetics and pharmacology that studies genetically caused individual responses to drugs.

Clopidogrel is one of the world’s currently most widely used antiplatelet agent, which irreversibly inhibits platelet ADP receptor (encoded by P2RY12), which in turn inhibits fibrinogen receptor (GP IIb/IIIa, encoded by ITGB3). Unlike ASA, thienopyridines do not alter arachidonic acid exchange and, therefore, do not disturb formation of prostacyclin in the vascular wall.

There is considerable inter-individual variability in pharmacodynamic response when using clopidogrel. Patients with insufficient platelet response to clopidogrel may have an increased risk of ischemic events. “Resistance” to clopidogrel is often mentioned among the explanations for the persistent risk of thrombotic / ischemic events. According to experts from the American Heart Association and American College of Cardiology, it is advisable to perform preliminary genotyping in patients undergoing high-risk planned procedures (for example, in complex coronary anatomy or multivascular damage).